What Is Deep Fake Technology and How Is It Helping Hackers?

Home » Blog » What Is Deep Fake Technology and How Is It Helping Hackers? In 2019 surrealist artist Salvador Dalí welcomed visitors to an exhibition in Florida based on his life’s works. Dalí animatedly chatted with museum-goers, speaking about his work in detail and even taking selfies with crowds.

Nothing about this sounds out of the ordinary unless you know that at this time Dalí had been dead for over 30 years.

What Are Deep Fakes?

Deep fakes are a form of AI technology that enables one to digitally transplant someone’s face onto someone else’s body. While most people associate deep fakes with a visual image, deep fakes can also be created using voice technology to imitate how someone speaks.

It’s one step up from editing someone’s face into a picture, but because there’s machine learning involved and the doctored video looks and sounds realistic, it’s just that much more convincing.

A popular example of how deep fake technology is used is in cinema. Often, movies will use deep fakes to superimpose an actor’s face onto someone else’s body. This might be done if the actor needs to look younger or is unable to complete a scene. This is where deep fake technology might come in handy.

Where Did They Originate?

Although deep fake technology has existed for a while, it entered the mainstream in 2017. Its unsavoury history saw users superimposing the faces of celebrities into pornographic material and posting this material on Reddit.

Recognising the harm of this, Reddit quickly shut this emerging trend down. However, it fast gained momentum, and this technology has continued to evolve, becoming more sophisticated and believable over time.

How Are Deep Fakes Made?

Bear with us as we get a bit technical. The believability of an excellent deep fake stems from the AI technology used to create it. So how exactly does it work?

Deep fakes are made using machine learning technology called a Generative Adversarial Network, or GAN. This consists of two sets of algorithms working against each other in a sort of feedback loop to produce an authentic deep fake replica.

The first algorithm is designed to analyse the face, recognising its more delicate details and patterns. It then generates a believable replica. While this is occurring, the second algorithm tests the replica’s authenticity, feeding its results back into the first until a replica is convincing enough to fool the second algorithm.

The Dangers Of Deep Fakes

The fact that this technology is evolving so quickly poses a considerable threat to online safety. This is because deep fake technology is being used to spread misinformation, violate privacy and is being added to a long list of hacker methods. We’ll explore these dangers and their consequences in more detail below.

We’ve already mentioned how easy it is to create a deep fake using the readily available images of celebrities. While this is often done for humorous purposes (like making Nicolas Cage the star of every movie), they aren’t always used for harmless fun.

When deep fakes are created from pornographic material, it comes down to an issue of privacy. Celebrities do not consent to have their images used in this way, and this can be both emotionally distressing and damaging to their reputations.

With the power of deep fakes, it’s easy to spread false information. Essentially, with a sophisticated enough deep fake, you can convince a large group of people that a real person has said or done something that they haven’t.

We’re not just talking about superimposing a public figure’s head onto a body for a laugh. We’re talking about the spreading of misinformation that could have serious consequences, like threatening the foundations of a country’s democracy. Such is the case when a deep fake was part of a series of events that sparked a coup in Gabon.

Deep fakes aren’t just dangerous to the reputations of public figures and celebrities. This technology is becoming a massive threat to the online security of small businesses and individuals alike.

Hackers have successfully used deep fake technology to commit identity theft, financial fraud and phishing scams. And this steadily evolving technology is becoming a regular weapon in the hacker’s arsenal.

One such case saw the use of an audio deep fake to imitate the CEO of a company. This deep fake was used to scam a junior employee of this company into making a significant transaction at the CEO’s request. This attempt was ultimately unsuccessful, as the employee flagged the voicemail to the company’s legal department.

However, experts predict that as this technology evolves and becomes more accessible, attacks like these will become more common and that much more convincing.

How Can You Avoid Falling for Deep Fakes?

Deep fakes are getting harder and harder to detect. The fact is, the only way to be sure that you’re safe from hackers is to entrust your online security to an expert. But luckily, there are a few tell-tale signs to look out for when it comes to spotting deep fakes.

Common signs of a visual deep fake include unnatural facial movements, a lack of blinking, and distorted visuals. When it comes to audio deep fakes, a sure sign that something is off is a robotic-sounding voice with an unnatural speech pattern. However, even if these signs aren’t present you should always treat any messages or media requiring personal information or financial action with suspicion.

We’re experts in staying on top of online threats and ensuring that you’re fully equipped to deal with any cybersecurity issues. To make sure you and your company are fully protected against this and other scams, get in touch today. 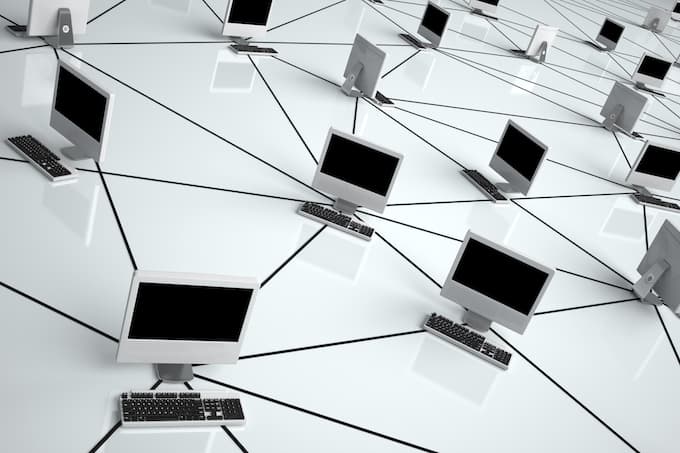 Subscribe for the latest industry news, updates and advice. 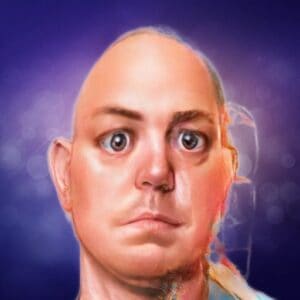 Ash has over 20 years of experience in sales and marketing.His journey from a casual salesperson at Chandlers to State Manager at a national IT distribution company, while battling health issues, including a double lung transplant in 2015, gave him the experience, know-how, tenacity, and marketing insight, to find solutions and help businesses grow.After spending several years in the ivory tower of state management, Ash missed the genuine connection of face to face meetings and helping make a difference to businesses in need.His authentic, conversational, and easy-going nature helps our customers feel at ease and shows them we are a brand to trust. Ash spends his days advocating for our customers to ensure they receive the best possible service in a timely fashion. Ash is also the in house chair builder.His curiosity and natural problem-solving ability make him the perfect first call for all our new customers to help determine what is wrong, how Surety IT can help and what the best solutions are moving forward.
PrevPreviousThe Risk of Public WiFi Explained
NextWhat Is IT Management?Next
Menu
Menu
Menu